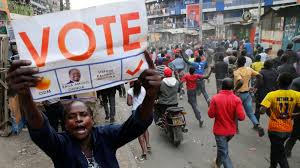 Just look at the Kenya’s National Assembly. It is composed of 349 Members. These comprise of 290 members elected from single member constituencies across the country. There are 47 women representatives elected from each of the 47 counties. There are 12 members nominated to represent special interests – youth, persons with disabilities, and workers.

You have noted. This number is too big to debate in one chamber. Why all this number, when the number of days that MPs attend Parliament and committee proceedings, is just 3?. The size alone is too big to allow for thorough debates.

There are 67 Senators. There are over 2,200 MCAs. Kenya has over 2,600 representatives. This is a ratio of about one representative to about 16,000 Kenyans. This is raising questions as to whether Kenyans are over-represented. If one looks at both the county and national levels, then there is need to recognize the sentiments about over- representation.

The Constitution of Kenya 2010 retains the majoritarian system of elections (First-Past- the-Post or FPTP).

The Yash Ghai CRCK report states. During the constitutional review process, there were mixed views on the kind of electoral system that should be used.

An ideal electoral system should ensure or promote representation of the people and all major interests in a political system. The system operating in the framework of a republic should, therefore, be as inclusive as possible by making it possible for as many of the divergent interests and concerns as possible to be represented.

Identifying these interests is critical to ensure no one interest group dominates the rest, as this would be unrepresentative and undemocratic.

There are a number of challenges with the majoritarian system. These include a lack of incentive for candidates to cooperate with their parties, ethnic voting patterns and ethnic considerations that lead to exclusion of smaller voter groups, gerrymandering of constituency boundaries to favour certain candidates, disadvantage to smaller parties, among other factors.

While most of these challenges could still manifest in PR system in a different form, the focus on individual candidates and ethnicity, to the exclusion of other factors, led to favouring of larger parties and ethnic personalities who are perceived as strong politically.

The majoritarian system have their benefits.  The system, for instance, encourages accountability since the candidates are directly accountable to their voters (as opposed to a political party). A balance between majoritarian and PR system of elections is ideal.

Therefore, there should be first past the post seats. There should also be an additional seats filled through a system of Proportional Representation, in accordance of votes a party garners in an election. This way, part of the members would have been directly elected through the constituencies and a part of them through the party lists.

The 12 seats (out of a total of 349) left for nomination of special interest groups are hardly enough to accommodate the diversity of the Kenyan society. It is not adequate to represent the interests of all groups in a constituency. FPTP is also not good for national cohesion, because it encourages individuals (FPTP) to mobilise support along clan, religious and ethnic lines. It encourages parties to form on basis of these cleavages.

In the long term, Kenya should consider adopting either a pure PR system or a Mixed Member Proportional Representation System in order to allow all groups equitable chance of representation.

The current system results in exclusion of certain groups, particularly those who do not support the winning individual. The proposed options will strengthen the institution of political parties and provide equal opportunities for all groups to be represented. This proposal will also allow for adequate and effective representation of ‘Special Interests’ than is the case at present